Racing is arguably the most exciting form of sedan racing in the world. The professional attitude of the drivers and their association make super sedan racing exhilarating for the spectators and safe for the competitors. Speedway has often suffered a somewhat bruised and battered reputation due to the actions of a small percentage of drivers. Super sedans along with most classes of speedway have stepped up their profile in the last 10 years presenting themselves as professional serious class racers. The ability of the drivers, advancements in chassis design and performance have seen super sedans develop into a class act. The stands are always full when super sedans are racing. The sheer size and brute power of super sedans makes for very fast, competitive, exciting racing. UMR Engines would like to take this opportunity to thank all the drivers, teams and officials associated with super sedans for making speedway a great form of adrenaline pumping family entertainment. 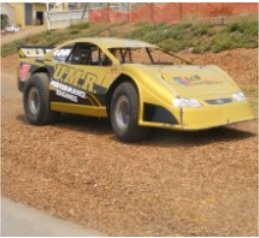 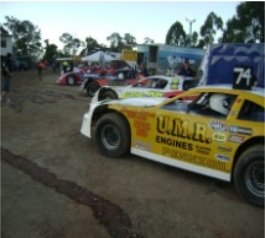 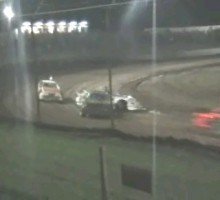 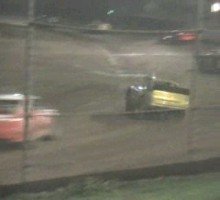 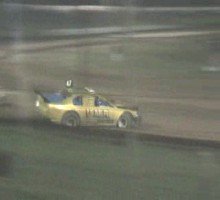 The weather turned out to be very windy and cold. Barry Craft nominated a completely new super sedan for his first race this season. This was the 5th round of super sedans so most other nominations were settled into the groove. Car 47 had not been raced or even tested. The only work the car had done was run-in time on the chassis dyno at UMR Engines. A completely new chassis with no race practice to tune the suspension was going to be a tough call for the driver and race car.

As soon as Barry Craft started hot laps he realised how different this new lighter chassis was to drive. The engine and drive train performed superbly suppling ample horsepower and torque. However the suspension and steering were not performing or delivering the engine power to the track correctly. The car was very twitchy to drive and quite a challenge. Throttle response was superb but resulted in the car performing like a drift car not a super sedan. It did not take Barry Craft long to realise the engine performance was dialled in but the cars suspension and steering required a lot of tuning and tweaking.

Barry Craft stated: “I could not use full throttle at any stage as the car spat the tail out even in a straight line.

UMR engines were very happy with the performance and durability of the engine and associated components. The engine performed at maximum revs all night without a hitch. Poor traction and steering are hard on engines as the engine spends more time on the rev limiter than delivering genuine race winning torque to the track. The engine ran cool, was responsive in all situations and supplied more horsepower than the set-up could handle. To Barry’s credit he finished all heats and the 30 lap feature. Congratulations and well done. 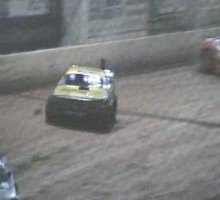 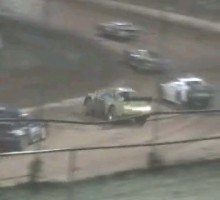 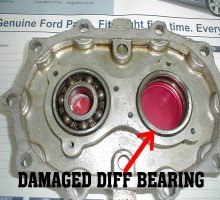 The competitive nature of the super sedan drivers was demonstrated by their fast lap times and aggressive driving at Archerfield raceway on Saturday night. Car 47 driven by Barry Craft produced some good lap times but lacked consistency. This was the second meeting for this new car and proved to be a challenge for the driver and pit crew.. The car had undergone some set-up changes since round 5 at Charlton raceway and is still in development mode. This meeting was an opportunity to develop and improve handling and driving technique.

The race car spat a bearing in the diff during hot laps that forced Barry to miss the first heat. This was disappointing but that’s racing. The pit crew headed by Sean Crome repaired the diff and gave the car a start in heat 5.

Barry posted a best lap time of 15.561 at 92.539 in lap 10.This demonstrates that the car will be capable of competitive racing once the bugs are sorted out. Barry will adjust his driving to suit this chassis with more track time. This new car is much lighter than Barry and his crew are used to working with so they are in the mist of a big learning curve. The best lap time in heat 5 was produced by Darren Kane of 14.712 at 97.879 so Barry needs to pick up .5 of a second and he will be very competitive. With a little more development on driving and set up this super sedan is expected to produce consistent competitive times.

Thanks again to Shane Milburn for all your help and advice. Shane has vast super sedan experience and knowledge that he willingly shares with not only us but many others. It is thanks to the generosity of experienced mechanics like Shane that newcomers develop competitive cars. Well done Shane and thanks for your time and effort. 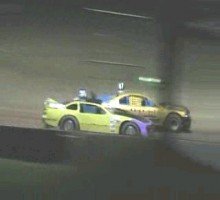 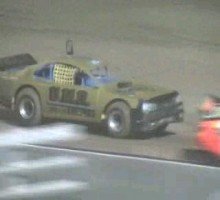 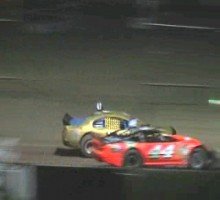 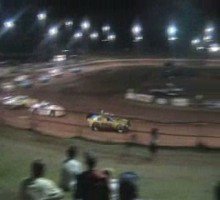 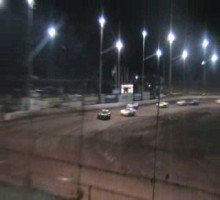 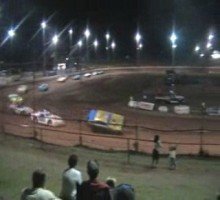